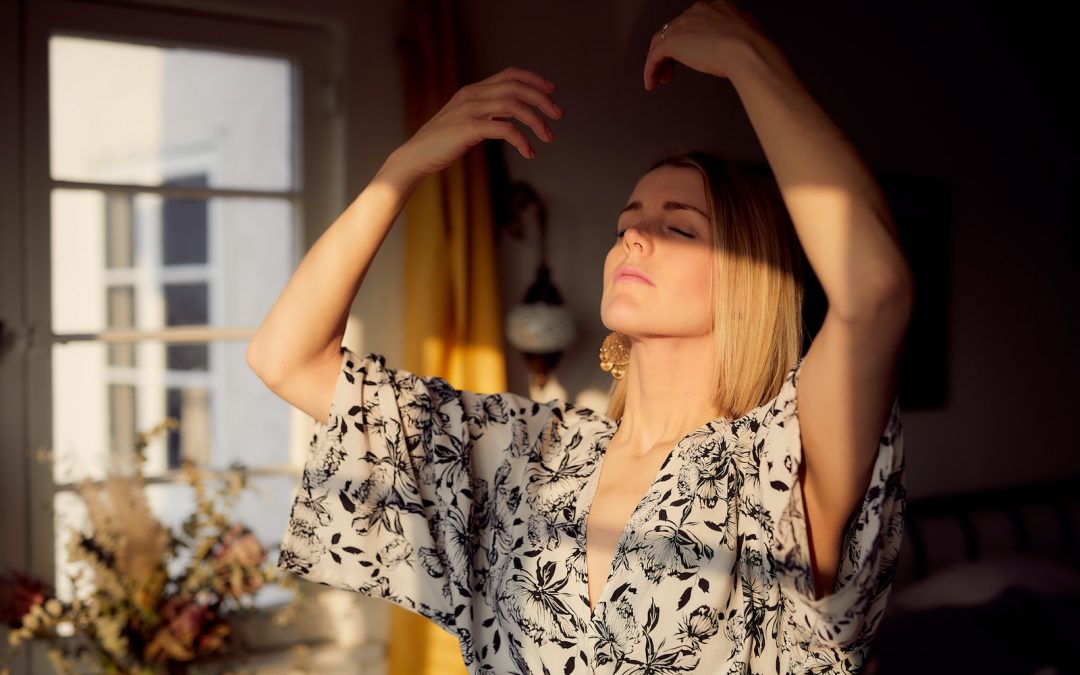 Breathing as a form of focus and relaxation

I am about to meet a client for the first time. This has been somebody that I have been wanting to work with for some time and I am feeling slightly anxious.

I should know better, as I have been coaching for years and have had lots of meetings like this.

I still get jittery and excited.

Taking a step back, I remember that I need to ensure that I am there for my client both in person and mentally.

Preparation of my state is so key. I remember a quick trick that can help me.

Not having time for a full-body meditation, I do have time to focus on breathing.

I close my eyes and focus on an imaginary pulsating light that moves in and out as my chest expands and contracts. I concentrate on reducing the pulses and find that my breathing rate has also slowed.

I feel more in control, and more in the moment for my session.

This short form of meditation is useful. For those that may have jumped into virtual reality, there is an app called Tripp that does just this. It links visual stimuli to breathing and presence. Tripp also is available for mobile (Android or iPhone).

Another method that you can work with is Belly Breathing. Belly breathing is a technique that can be used to strengthen the breath and focus your attention on the present moment. It’s called “belly breathing” because it involves expanding your belly as you inhale, rather than just taking shallow breaths from the chest.

When you breathe this way, it helps slow down your heart rate, relax muscles throughout the body and calm anxiety–all of which are great for reducing stress levels!

Here’s how to do belly breathing:

If this feels difficult at first don’t worry! It takes practice but soon becomes second nature when practiced consistently over time.

As you explore the importance of breathing – I hope you can explore perhaps the new sensations that this can bring. 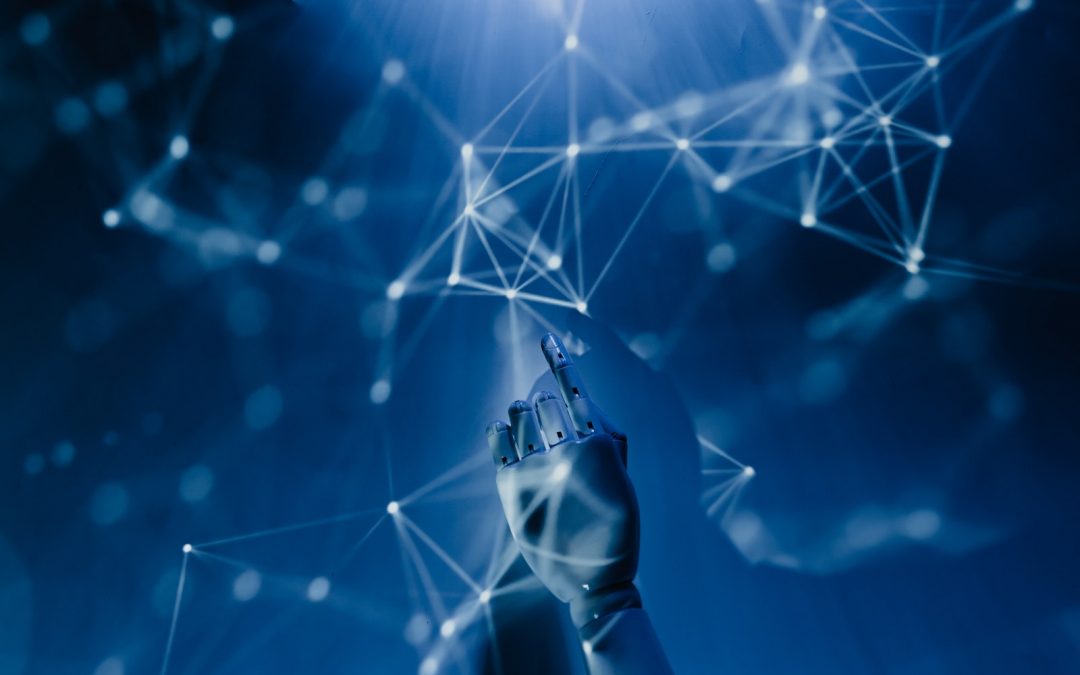 An SME looking at Artificial Intelligence

People that know me, understand that I have a fascination in technology – especially some that can be of real value to humanity over the coming years.

The term Artificial Intelligence is a catch all. Some have described the term as a suitcase in which anything that can lead to some form of predictive action can be bundled into. There are advantages and disadvantages and certainly the subject provokes both positive and negative reactions. This acknowledged, where are we are the moment in terms of capability.

Some may think that this is a new term, but the principles have been considered for some time. If we think back to the work of Alan Turing in the Second World War (made famous through the film – The Imitation Game), there was evidence here and in a subsequent seminal piece on Machine Learning.

We have been fantasising and allowing for creative release through films like Terminator and the robot Maximillian in 2001 – a space odyssey. But clever systems do not need to be simply linked to a human shape. We make them such so that we can adopt them into our society.

Lets start at the beginning.

What is artificial intelligence?

Artificial intelligence (AI) refers to the simulation of human intelligence processes by computer systems. These processes include learning (the ability to improve performance based on experience), reasoning (the ability to draw conclusions based on logical rules), and self-correction. AI is a broad field that encompasses many different sub-disciplines, including machine learning, natural language processing, robotics, and computer vision. The goal of Artificial Intelligence research is to create systems that can perform tasks that would typically require human intelligence, such as understanding natural language, recognizing objects in images, and making decisions.

In November 2022 – there was a pivotal moment in AI history as the ChatGPT engine was released from testing. ChatGPT is an open system allowing you to ask for a verbal narrative, to which it then ‘creates’ the text.

For example, “What are the main steps in making a vegetarian pie” delivers

As you can tell, this is quite generic and could have been pulled from a search engine.

This is where it gets interesting.

Speaking to a student recently, their goto for helping understanding around a complex problem, has been ChatGPT – not Google!

Google is worried as are other search engine companies that rely on advertising revenues as this new disruptor appears on the scene. The Google leadership team even going as far as issuing a ‘code red’ on this technology as it could seriously dent the future of their business.

This is Artificial Intelligence reaching a new, perhaps useful and more mainstream stage.

Picture generation has not been left out of the equation, with Dall-e that turns a verbal description of a picture into an actual picture.

For example, typing in “An astronaut riding a horse in a photorealistic style” generates this image.

The Six Stages of Artificial Intelligence

In a McKinsey interview, Yuval Atsmon suggests that AI has six stages to its development. Some of these, stages 1 to 3, are becoming pretty mainstream in some areas.

I use Xero as an accounting package for my businesses. This is a simple process solution where I need to input details about transactions, and this then generates a certain level of reporting. Working with Expenses is a breeze. I take a picture of a receipt, the ‘system’  deciphers the receipt suggesting the amount, the vendor and even the cost code. Linked to the cost code is the VAT status – so at the very simplest levels we are operating in the top line of the diagram above. The consequential benefit is therefore a reduction in my time in generating accessing management accounts and tax returns – something that historically has relied on an accountant for, with the relative expense.

The use of dashboards enables clear and consistent view of performance, or process stage. Using tradition RAG (red, amber, green) status lists creates areas of discussion and exploration. The Artificial Intelligence process can remove bias, and internal social dynamics by creating a logical conclusion. One article describes having Artificial Intelligence reporting as having a Spock sat next to you. Brutal, logical and non transient.

From the last question, I can see that for one of my sites 80% are using a desktop device and 20% mobile. This has a consequence as to investment decisions for responsive sites (mobile friendly), and also ask me a question, why is this so low when I know that mobile friendly sites are a pre-requisite for good ranking performance on search.

Despite being dismissive initially about the level of AI I am using, I find that I am already in the AI stack!

The decision is therefore not shall I embrace AI, it is about how I can incorporate the ever evolving technology to better my businesses and their performance.

Ultimately, we will get to a stage where AI removes the analysis and diagnostic phase. Human intent will resist the predictive phase and certainly hesitate over the delegation of complex decisions to AI. 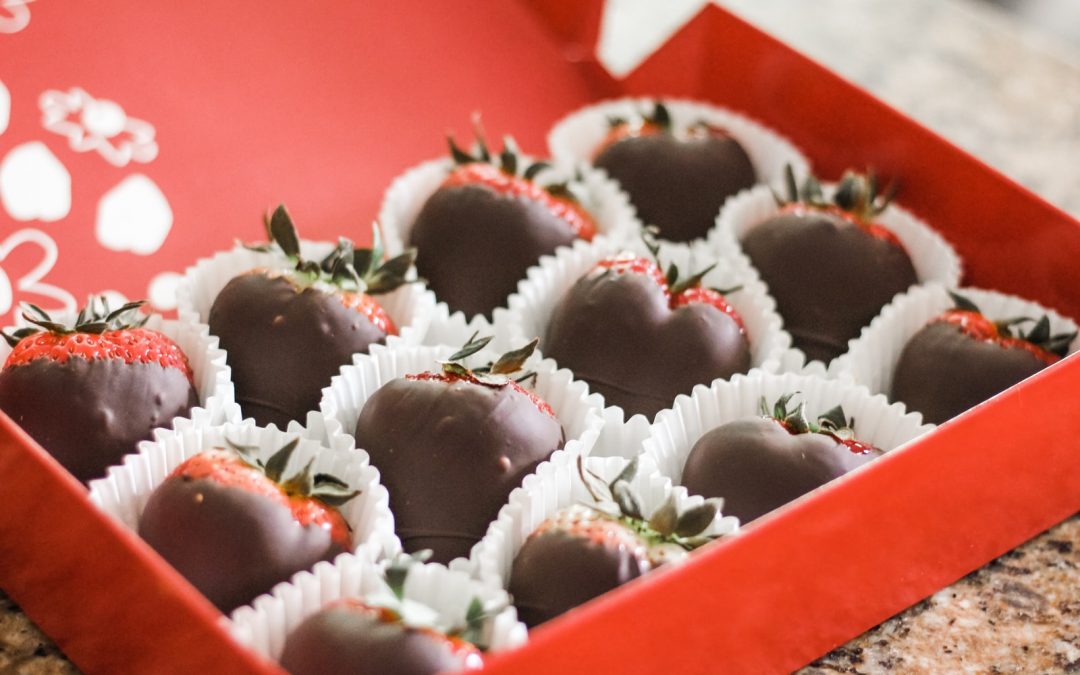 As I write this, I realise that the content here is slightly on the edge – but I do this to provoke your thinking in an area that you may not be aware of. If you do find this tough, please accept my apologies, if you find this exciting, then please moderate.

How many times have you provided chocolate in some form in an intervention or coaching session?

So the question for you.

Is it ok to give people chocolate, nuts and beer to help improve their creativity and cognitive function?

If you answered yes to the chocolate question, is it OK to introduce micro-dosing into your coaching, if you get better engagement?

Woah, steady Simon – where did that question come from, of course, it isn’t.

But, if there were no ‘legal’ restraints where would your line be ethically and morally?

From a personal perspective, I cannot condone the use of drugs to enhance performance.

If we dip across into high-performance sports, we understand the short-term performance impact, but like anything that we put into our high-performing bodies – this has an effect at some point.

For some, the expresso pick me up, or ‘start to the morning’ is fine – but at some point, as the caffeine hit wears off, tiredness kicks in or the need for another ‘addictive’ coffee fix hits.

A provocation today – enjoy your thinking and exploration. 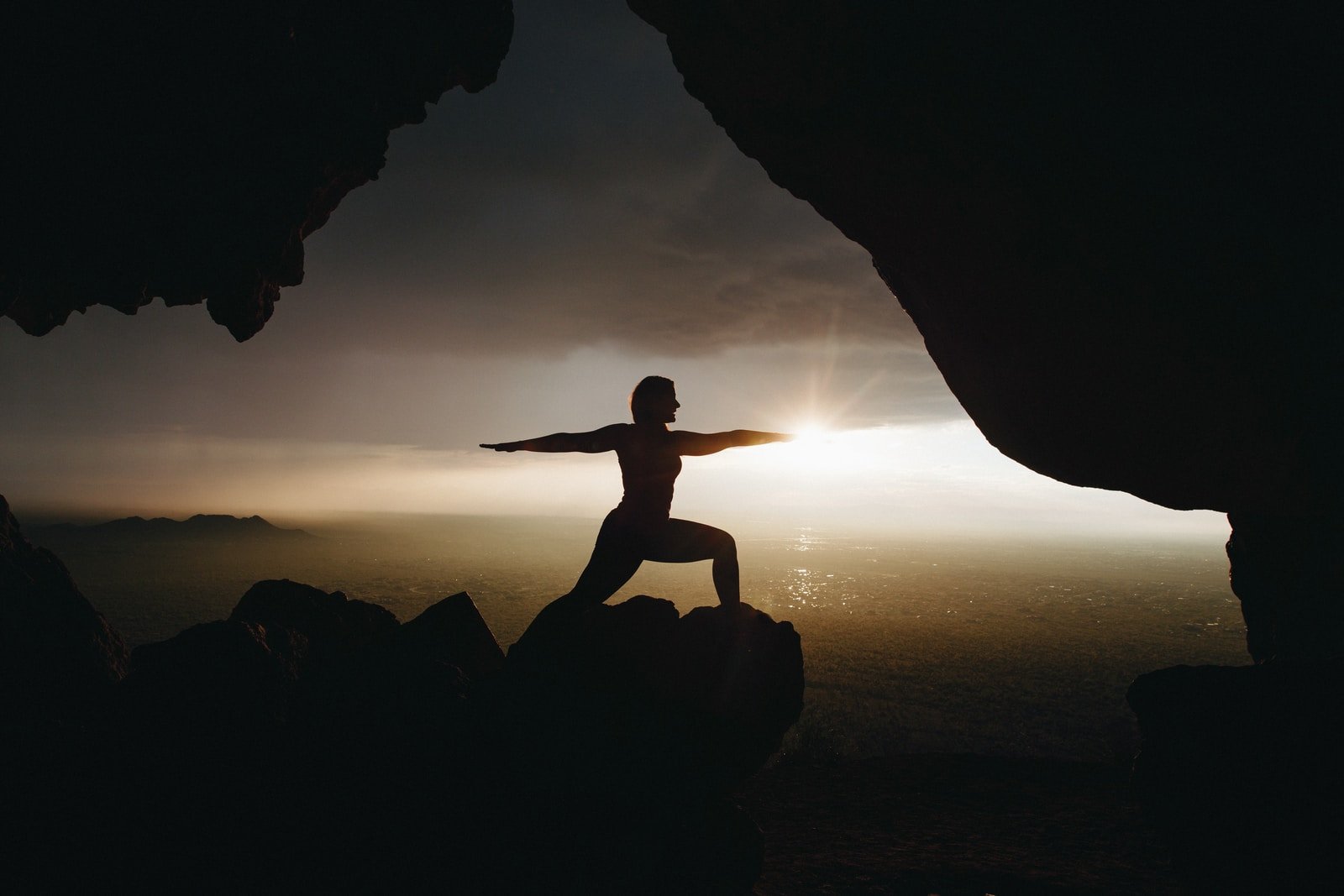 How I became a warrior.

I was made aware of this poem when asked to prepare for a development session. Inspiring in thought but where does this take you?

Once, I ran from fear
so fear controlled me.
Until I learned to hold fear like a newborn.
Listen to it, but not give in.
Honour it, but not worship it.
Fear could not stop me anymore.
I walked with courage into the storm.
I still have fear,
but it does not have me.

Once, I was ashamed of who I was.
I invited shame into my heart.
I let it burn.
It told me, “I am only trying
to protect your vulnerability”.
I thanked shame dearly,
and stepped into life anyway,
unashamed, with shame as a lover.

Once, I had great sadness
buried deep inside.
I invited it to come out and play.
I wept oceans. My tear ducts ran dry.
And I found joy right there.
Right at the core of my sorrow.
It was heartbreak that taught me how to love.

Once, I had anxiety.
A mind that wouldn’t stop.
Thoughts that wouldn’t be silent.
So I stopped trying to silence them.
And I dropped out of the mind,
and into the Earth.
Into the mud.
Where I was held strong
like a tree, unshakeable, safe.

Once, anger burned in the depths.
I called anger into the light of myself.
I felt its shocking power.
I let my heart pound and my blood boil.
Listened to it, finally.
And it screamed, “Respect yourself fiercely now!”.
“Speak your truth with passion!”.
“Say no when you mean no!”.
“Walk your path with courage!”.
“Let no one speak for you!”
Anger became an honest friend.
A truthful guide.
A beautiful wild child.

Once, loneliness cut deep.
I tried to distract and numb myself.
Ran to people and places and things.
Even pretended I was “happy”.
But soon I could not run anymore.
And I tumbled into the heart of loneliness.
And I died and was reborn
into an exquisite solitude and stillness.
That connected me to all things.
So I was not lonely, but alone with All Life.
My heart One with all other hearts.

Once, I ran from difficult feelings.
Now, they are my advisors, confidants, friends,
and they all have a home in me,
and they all belong and have dignity.
I am sensitive, soft, fragile,
my arms wrapped around all my inner children.
And in my sensitivity, power.
In my fragility, an unshakeable Presence.

In the depths of my wounds,
in what I had named “darkness”,
I found a blazing Light
that guides me now in battle.

I became a warrior
when I turned towards myself. 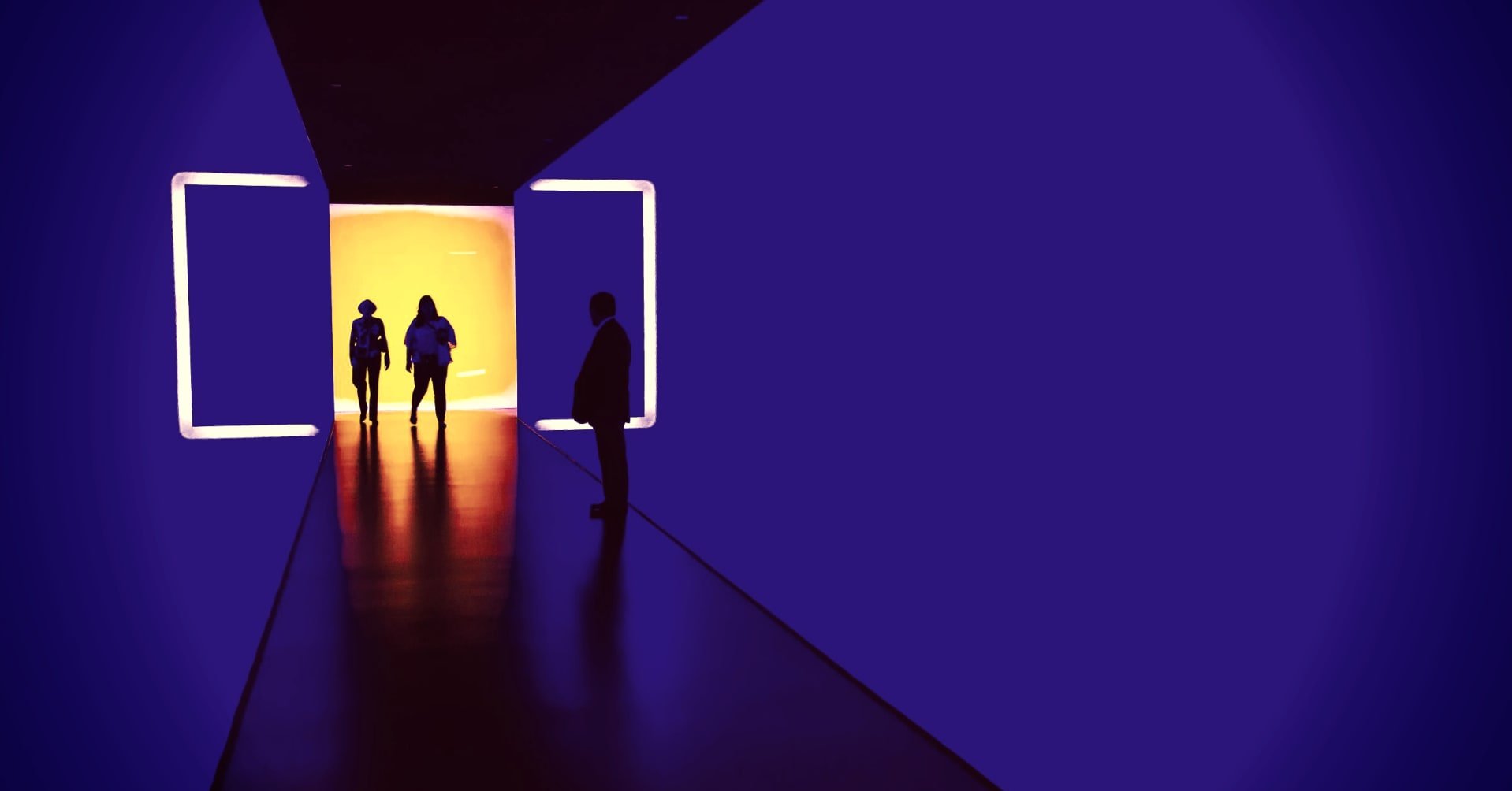 The future – a few thoughts

I have been thinking around some of the areas where we will see a change in how we do things over the next few years. Things which, in the past, may have been beyond us but now appear to be closer.