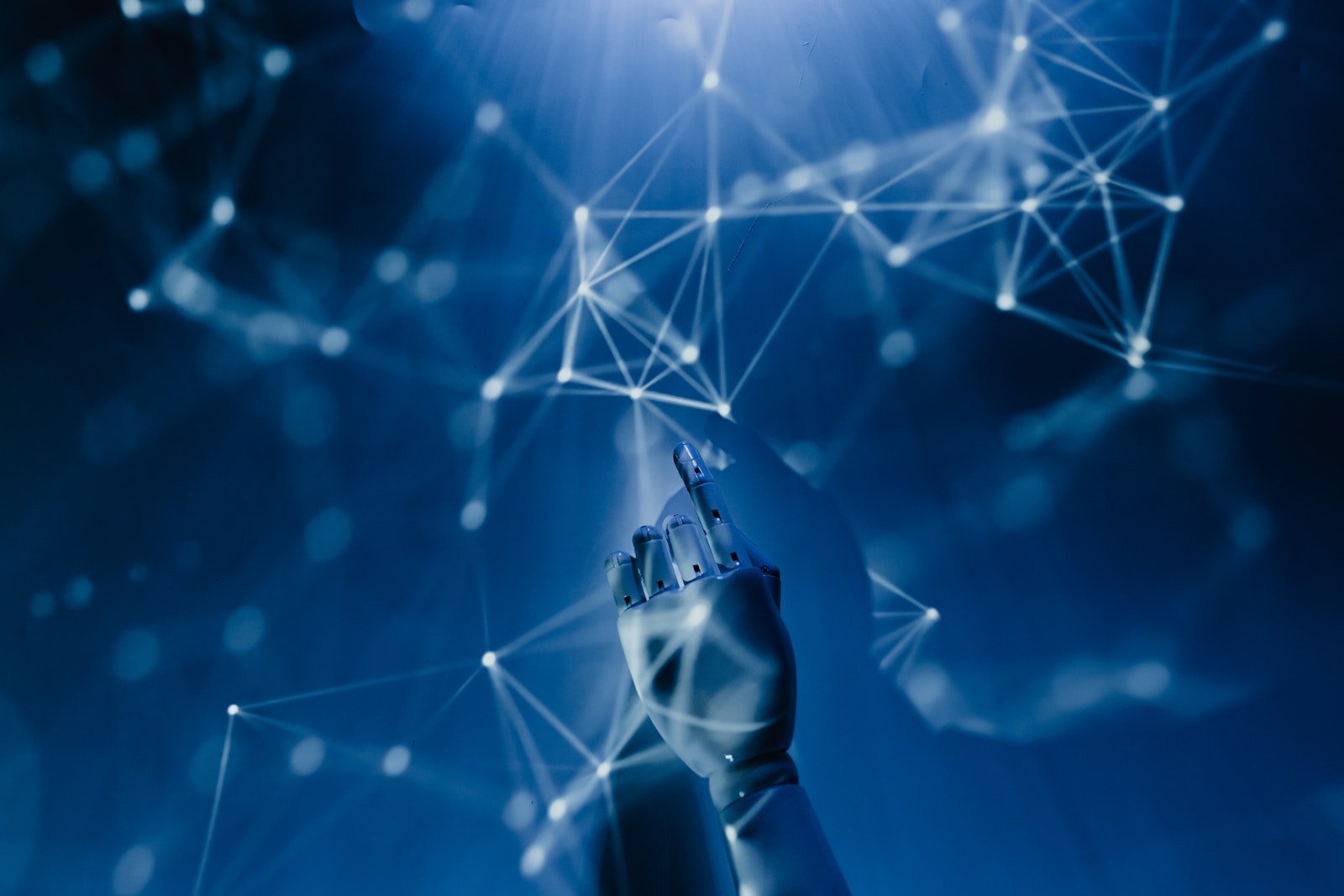 An SME looking at Artificial Intelligence

People that know me, understand that I have a fascination in technology – especially some that can be of real value to humanity over the coming years.

The term Artificial Intelligence is a catch all. Some have described the term as a suitcase in which anything that can lead to some form of predictive action can be bundled into. There are advantages and disadvantages and certainly the subject provokes both positive and negative reactions. This acknowledged, where are we are the moment in terms of capability.

Some may think that this is a new term, but the principles have been considered for some time. If we think back to the work of Alan Turing in the Second World War (made famous through the film – The Imitation Game), there was evidence here and in a subsequent seminal piece on Machine Learning.

We have been fantasising and allowing for creative release through films like Terminator and the robot Maximillian in 2001 – a space odyssey. But clever systems do not need to be simply linked to a human shape. We make them such so that we can adopt them into our society.

Lets start at the beginning.

What is artificial intelligence?

Artificial intelligence (AI) refers to the simulation of human intelligence processes by computer systems. These processes include learning (the ability to improve performance based on experience), reasoning (the ability to draw conclusions based on logical rules), and self-correction. AI is a broad field that encompasses many different sub-disciplines, including machine learning, natural language processing, robotics, and computer vision. The goal of Artificial Intelligence research is to create systems that can perform tasks that would typically require human intelligence, such as understanding natural language, recognizing objects in images, and making decisions.

In November 2022 – there was a pivotal moment in AI history as the ChatGPT engine was released from testing. ChatGPT is an open system allowing you to ask for a verbal narrative, to which it then ‘creates’ the text.

For example, “What are the main steps in making a vegetarian pie” delivers

As you can tell, this is quite generic and could have been pulled from a search engine.

This is where it gets interesting.

Speaking to a student recently, their goto for helping understanding around a complex problem, has been ChatGPT – not Google!

Google is worried as are other search engine companies that rely on advertising revenues as this new disruptor appears on the scene. The Google leadership team even going as far as issuing a ‘code red’ on this technology as it could seriously dent the future of their business.

This is Artificial Intelligence reaching a new, perhaps useful and more mainstream stage.

Picture generation has not been left out of the equation, with Dall-e that turns a verbal description of a picture into an actual picture.

For example, typing in “An astronaut riding a horse in a photorealistic style” generates this image.

The Six Stages of Artificial Intelligence

In a McKinsey interview, Yuval Atsmon suggests that AI has six stages to its development. Some of these, stages 1 to 3, are becoming pretty mainstream in some areas.

I use Xero as an accounting package for my businesses. This is a simple process solution where I need to input details about transactions, and this then generates a certain level of reporting. Working with Expenses is a breeze. I take a picture of a receipt, the ‘system’  deciphers the receipt suggesting the amount, the vendor and even the cost code. Linked to the cost code is the VAT status – so at the very simplest levels we are operating in the top line of the diagram above. The consequential benefit is therefore a reduction in my time in generating accessing management accounts and tax returns – something that historically has relied on an accountant for, with the relative expense.

The use of dashboards enables clear and consistent view of performance, or process stage. Using tradition RAG (red, amber, green) status lists creates areas of discussion and exploration. The Artificial Intelligence process can remove bias, and internal social dynamics by creating a logical conclusion. One article describes having Artificial Intelligence reporting as having a Spock sat next to you. Brutal, logical and non transient.

From the last question, I can see that for one of my sites 80% are using a desktop device and 20% mobile. This has a consequence as to investment decisions for responsive sites (mobile friendly), and also ask me a question, why is this so low when I know that mobile friendly sites are a pre-requisite for good ranking performance on search.

Despite being dismissive initially about the level of AI I am using, I find that I am already in the AI stack!

The decision is therefore not shall I embrace AI, it is about how I can incorporate the ever evolving technology to better my businesses and their performance.

Ultimately, we will get to a stage where AI removes the analysis and diagnostic phase. Human intent will resist the predictive phase and certainly hesitate over the delegation of complex decisions to AI.

← Chocolate, coffee and beer Breathing as a form of focus and relaxation →
Go to mobile version